This story you’re about to watch is… WILD.

Apparently in the orthodox Jewish community a wife can only divorce her husband if said husband grants her what is called a “get,” a document that he signs nullifying the marriage. A husband, however, is the only one who releases this “get.” So, for whatever reason, if the husband doesn’t intend to end the marriage, there is nothing the wife can do about it — she’s “chained” to him.

“What Mendel Epstein did was when a husband refused to grant his wife a get, he would in some cases, for tens of thousands of dollars, have that man kidnapped and beaten up until he agreed to give his wife a get,” said Joseph Gribko of the U.S. Attorney’s Office.

Here’s how the Rabbi described his “services.”

“I don’t want to use secular terms, but what we’re doing is basically kidnapping the guy for a couple of hours, beating him up and torturing him and then getting you the get,” Epstein says on an FBI recording.

“Now understand, you’re lying with a plastic bag around your head, a minute ago you were standing like a normal person. That’s fright,” he continued. “For 80 percent of the guys, it’s over right there. Now you do what we tell you, or it’s gonna get worse.”

And that’s how Rabbi Epstein procures a divorce. Sort of. For the men in his community who don’t give up that easily, Rabbi Epstein has a special form of torture for reserved for them.

It involves a cattle prod.

In order for the FBI to bring down Rabbi Epstein, they needed to arrange a “get” of their own.

Rabbi Epstein is charged with conspiracy to commit kidnapping, and given 10 years in prison. 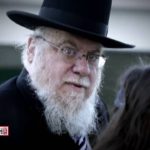 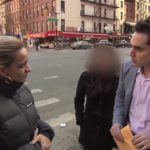