Jordan Graham was dissatisfied with her marriage of eight days.

But instead of seeking marital counseling, an annulment, or even postponing the marriage indefinitely until she truly was ready to proceed with this lifelong commitment… she chose the unthinkable.

And she may have even lured him to that remote area with the promise of sex, a consummation of the marriage that allegedly hadn’t happened yet.

This bitch is pure, pure evil as you’ll see.

Those closest to Jordan and Cody were surprised that she agreed to marry him. Her friends say that she was never affectionate toward him in public. Ever. And it showed on their wedding day:

When the big day finally arrived Jordan’s friends and guests were shocked by what really happened behind the joyous facade of the wedding photos.

“She was kinda shaking her head like just bawling hysterically down the aisle. It wasn’t pretty at all,” said Hannah. “Like a bride would be really happy like having tears go down her face with a smile looking at Cody. And when she got up there she didn’t look at him in the eyes. She was standing there holding his hands and she was looking down at the ground the whole time.”
The morning after her wedding night with Cody, Jordan was beyond reluctant. She was despondent and regretful.

“She just said that it was a miserable time and they didn’t really enjoy it,” said Kimberly. “She didn’t seem very happy and I didn’t know what to say or do.”

Texts from Jordan to Kimberly continued for a week after the wedding, each one sounding more morose and desperate.

“I just know he’s gonna want to do stuff, and I’m not really wanting to,” Jordan writes.

“Using the ‘my period started’ spiel tonight. I freaking hope it works. Because if I’m forced to do something I’m going to freak out,” Jordan wrote in another text.

And not only was Jordan Graham a cold, evil bitch… but she was an assuredly dumb one as well.

Jordan told conflicting stories about their last day together to friends and police. And she is under growing suspicion in Cody Johnson’s disappearance.

Jordan gets a stunning email from a stranger calling himself “Tony the car man.”

“And she said ‘Look, I got this email and Cody is dead,'” said Jordan’s friend Hannah.
The mysterious “Tony” tells her Cody accidentally fell off a cliff in Glacier National Park while hiking with his friends from out of state. Tony’s email reads in part, “Hello Jordan, my name is Tony. There is no bother looking for Cody anymore, he’s gone.”

“I am freaking out, what are you talking about?” said Hannah. “She wasn’t crying at all and she was just showing me this email and I start shaking. I told her to go to the cops and she did go, but I was rushing it, ‘Go, move! What are you doing? Don’t just stand here looking at me!'”

The email only makes police even more suspicious of Jordan.

As it turns out, Jordan is “Tony the car man.” She sent the email from — wait for it — her stepfather’s house.

And during the search efforts to find Cody, would you believe me if I told you that Jordan was the one who spots the body in the vast Glacier National Park by peering over a cliff with a 300-foot drop?

In fact, it was her behavior at Cody’s funeral that convinced Jordan’s friends she was involved in her husband’s death.

“She was the widow and she’s up front texting her little friend she’s sitting next to, and her mom and dad are in tears,” said Jordan’s friend Kimberly.
“While people were talking about him, the funeral service going on, and she was on her phone,” said Hannah.

“I was upset about Cody’s funeral, but I was furious at her,” said Kimberly. “I couldn’t think about anything else but what was going on with her.”

It was a defining moment for Kimberly Martinez, who had been Jordan’s matron of honor

“I was absolutely positive that she did it,” said Kimberly.

And Kimberly wasn’t the only one

“Everybody was looking like, ‘You did this.’ Everybody knew,” said Hannah.
Including the cops, who had quietly gathered enough damning evidence against Jordan to arrest her for the murder of her new husband right then if they had wanted — and Jordan didn’t have a clue.

Jordan is arrested and confronted with the ironclad evidence against her.

Jordan Graham pleaded guilty to second degree murder and is now spending 30 years in a federal prison without the possibility of parole. 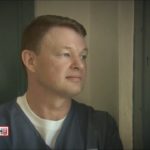 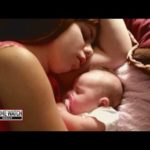