It was Friday night, and Shawn Arthur was looking to have a good time.

So he linked up with a ‘nurse’ named ‘Desiree’ off of a dating app.

But, as Shawn’s family would later find out, her real name wasn’t Desiree.

And she wasn’t a nurse.

Her real name was Dominique Berry, a known prostitute to local cops, and a woman who, by her own admission, was involved in a cross country crime spree where she and her “pimp” would allegedly drug patrons they met online and rob them of their stuff while they were passed out.

It was a successful scheme, Dominique says, one that racked up 100 possible victims.

Shawn Arthur was one of them.

But Shawn never woke up after being drugged.

His wallet, cell phone, and truck… all gone.

Was his death a homicide?

But detectives in Jefferson Parish come to a head-scratching conclusion… 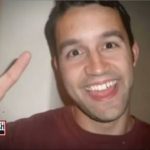