What happened to Niqui McCown?

That’s the question Niqui’s family, fiancee, and the police have been pondering since Niqui vanished in 2001…. literally just three weeks prior to her wedding.

Niqui’s sisters point the finger at her fiancee. The fiancee, however, swears up and down, he did not harm his bride-to-be.

So where’s Niqui? How does she just disappear without a trace on a Sunday while running errands for her upcoming wedding?

Could a former colleague hold the key, a person who was reportedly obsessed with Niqui?

That’s what investigators believe, but as they zero in on their target, what happens next would leave everyone shocked. 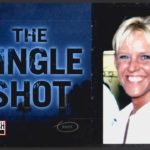