Lois Lerner attempted to bust into a neighbor’s home uninvited, in a desperate attempt to avoid answering questions about her involvement in the targeting of conservative groups.

Jason Mattera, author of the explosive new book CRAPITALISM: Liberals Who Make Millions Swiping Your Tax Dollars, recently caught up with the disgraced former IRS official in her ritzy neighborhood outside Washington, D.C.

Mattera, who publishes the Daily Surge, asked Lerner if she had any regrets for her role in the ongoing IRS corruption case, and if she wanted to take the opportunity to give a genuine apology to conservatives for using the force of government to harass and single them out.

But, similar to her testimony before Congress where she pleaded the fifth, Lerner didn’t show any remorse, and, on a more latent level, showed her disregard for people’s privacy rights in general. In the video above, you can see Lerner fleeing from Mattera as she rushes through what appears to be a random person’s front yard.

“Could you call the police?” Lerner begs an elderly woman, while pounding on her door. “Please let me in. These guys are with the press and they’re not leaving me alone.” The elderly woman is heard telling Lerner that she just had surgery and was in no position physically to let her in the house.

But that didn’t stop Lerner. She implores that same elderly woman to open up her garage instead.

“It’s almost a perfect proxy for her actions in the targeting scandal,” Mattera said.

“She keeps badgering an innocent woman with zero regard for her wishes. It’s an incredible crystallization of Lerner’s character or lack thereof.”

Eventually, the elderly woman’s husband sees Lerner’s antics and kicks her off his property.  “Out. Out!” he demanded.

Lener, who has referred to conservatives on talk radio as “assholes” and “crazies,” then scurries through what looks like somebody else’s private property.

Mattera said that he wrote CRAPITALISM to expose the Left’s phony lies and hypocrisy. “Lois Lerner and Obama say they stand for privacy rights and civil and economic liberties, and yet every chance they get they trample all over the little guy.”

While Lerner won’t testify before Congress, she did grant the left-leaning Politico an exclusive interview, in which she acted as though she was the real victim. She alleges that she can’t find another job, incredulously maintains that “she didn’t do anything wrong,” all while complaining about her legal bills.

“Conservatives, libertarians, and Tea Party members need to start fighting back and go on offense instead of sitting back and being a Leftist punching bag,” Mattera said. “CRAPITALISM is that opening salvo, and as you’ll see this week, I’m only getting started!”

FacebookTwitterSubscribe
Advanced Alerts Receive my killer videos before anyone else!
Subscribe 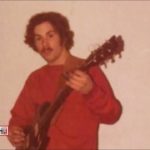