Home Video Vault Al Sharpton Defends Racist Rant: ‘It Was Only One Jew’

Al Sharpton’s history of hate is so voluminous and well documented, where does one even begin?

The time he disparaged Jews as “diamond merchants” during the unrest of the infamous Crown Heights riots?

Or when Sharpton tried goading NYC’s Jewish community into an all-out fistfight, saying “If the Jews want to get it on, tell them to pin their yarmulkes back and come over to my house”?

How about referring to the Jewish owner of Freddy’s Fashion Mart, Fred Harari, as a “white interloper” for seeking to expand his business in Harlem? (You may have heard of Freddy’s. It was also known as the Harlem Massacre. One of Sharpton’s followers also disapproved of the “white interloper” and burned the store to the ground, murdering eight people including himself.)

But those tirades were just Sharpton’s anti-semitic ones. He’s also sermonized on “Greek homos” and “crackas” as well as bombarded former NYC Mayor David Dinkins with a barrage of N-bombs.

So if you’re Sharpton and you’re confronted about some of your “greatest hits,” what do you do?

Scoff at the questioning and argue that one of your notorious racial slurs wasn’t, in fact, a slur because it was meant for just one Jewish individual.

No, seriously, that was Sharpton’s defense.

On the night of the glitzy White House Correspondents Dinner, Daily Surge Publisher Jason Mattera asked the faux Civil Rights leader if he should be banned from television, “in the spirit of Donald Sterling,” for all the “racist stuff” he’s said over the years. Sharpton, recall, threatened boycotts and protests if the National Basketball Association failed to ban Sterling from the league.

If you can believe it, Sharpton challenged Mattera to produce evidence of racism.

And when that evidence was produced, easily (see above) – in this case, his calling Fred Harari a “white interloper” and David Dinkins a n***** – Sharpton ignored the shot at Dinkins, but ridiculously claimed that “whiter interloper” didn’t rise to the level of racism because it was directed at only one Jew, not a neighborhood of them.

“When did I call Jews ‘white interlopers’?” Sharpton demanded.

Mattera reminded Sharpton of Freddy’s Fashion Mart and followed-up with, “Doesn’t it take some serious balls on your end to accuse somebody of racism?”

Sharpton blustered back, “You went from one guy who paid people off the books and was wrong,”  before the “Reverend ” rambled on about ‘lies’ and ‘distortions’ as though he’s been misinterpreted all these years.

Of course, splitting hairs over anti-semitic comments is probably not the best position to find oneself in.

In any event, who knows how many Jews Al Sharpton had in mind.  When an audiotape surfaced of him disparaging Mr. Harari, his initial reaction was, “What’s wrong with denouncing white interlopers?”  Sharpton eventually gave one of those half-hearted apologies (a bloodbath ensued at Freddy’s, after all) and then carried on with his profession of stoking racial strife.

As idiotic as Donald Sterling’s comments were, they were still said in private. Sharpton’s tirades, on the other hand, were delivered for public consumption.  And not only has Sharpton been rewarded with his own primetime television show on MSNBC, he’s a frequent guest at the White House and Obama officials headline his National Action Network conference.

Recently, the Los Angeles chapter of the NAACP honored Sharpton with their “Person of the Year” award, an accolade that was originally slated to be given to — wait for it — Donald Sterling.

*NEW* BREAKING: Rare And EXTREMELY Contagious Disease Just Hit America And Could Spread Like Wildfire- Here’s What It Is And Guess Where It’s Coming From!
America's Freedom Fighters 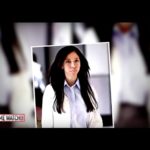