The USSR wasn’t that bad… except for the gulags, the concentration camps, the forced abolition of private property, the KGB, the extreme militarism, and the hundreds of millions of people slaughtered.

Can someone say “useful idiot”?

As an aside, the Commi broad I chatted with here was indeed putting the moves on me throughout the DNC. She kept inviting me to party after party. And while at first glance, yes, she’s cute–demonstrably so compared to the she-hims prancing around the DNC. Yet whatever redeemable beauty she had, quickly evaporated after I got a glance (and whiff) of her bountiful leg and underarm hair. 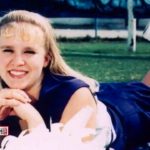